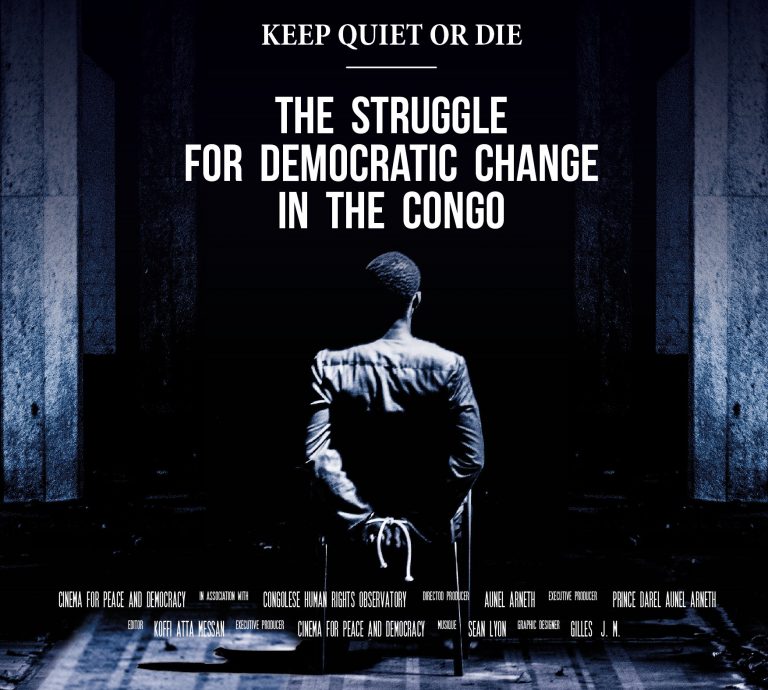 A movie screening for the new documentary Keep Quiet or Die takes place on Friday, September 16 at 2:00 pm during the “Celebrate Africa” conference organized by the Center for African Studies at the University of Pittsburgh.

Directed and produced by Aunel Arneth, Keep Quiet or Die chronicles the struggle for Democratic change in The Republic of Congo after its president, General Denis Sassou Nguess, amended the constitution to remain in power after 18 years. It highlights the killings of Congolese opposition activists by the Congolese police during the referendum vote.

The documentary features the stories of media journalists and pro-democracy activists who decided to speak up.  One Cameroonian journalist, Elie Smith, held a talk show for free expression which led to threats, his home being broken into, and his sister raped in his presence.  Other featured characters include Bruno Jaquet Ossebi, a Franco-Congolese journalist who died in mysterious conditions, and Christian Perrin, an independent journalist who was under serious threat and now lives in exile with his family.

Director Aunel Arneth is a documentary film director from the Republic of Congo.  His work explores state crimes, African political history, and the intersecting identities of black African immigrants in the United States.  For more information on the film, visit their website here.