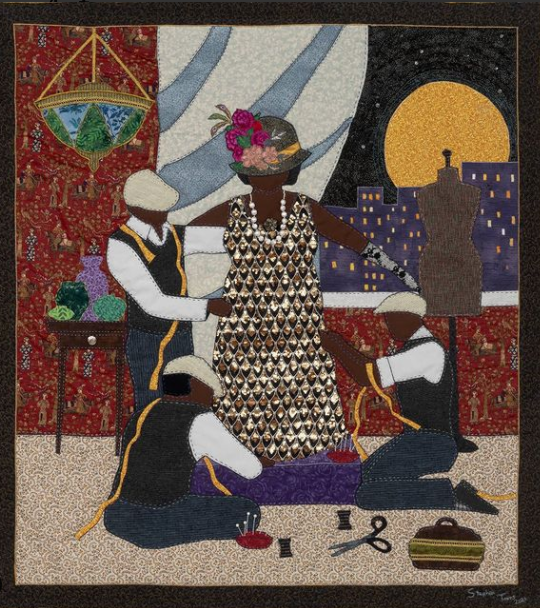 Stephen Towns: Declaration & Resistance is opening on Sunday, January 30, 2022, and will remain on view through May 8, 2022, at The Westmoreland Museum of American Art. The collection features a body of newly created work by artist Stephen Towns and is organized by guest curator Kilolo Lickett in collaboration with Towns. The collection examines the American dream through the lives of Black Americans. Towns highlights African Americans’ roles in the economy while using labor as a backdrop. The exhibit will include a new body of figurative paintings and story quilts along with his existing work

Stephen Towns is a painter that explores how American history influences contemporary society, and he aims to create work that explores the African Diaspora. He draws much of his visual inspiration from impressionist paintings, Medieval altarpieces, and wax cloth prints. His work reflects responses to issues such as loss of ancestral roots, slavery, class, education, skin tone, and religion which have affected African-American culture.

His newly created work will soon be on display at The Westmoreland Museum of American Art and features a connection to Pittsburgh. Towns sheds light on the hidden figures who helped shape American cuisine. Ms. Elsie Henderson, who recently passed away at 107 years of age, showcased her culinary skills for several Pittsburgh families, including the Kaufmans, the Frank Lloyd Wright-designed Fallingwater owners in Mill Run, PA.

Don’t miss the opportunity to check out the exhibit that will open on January 30. For more information, click here.