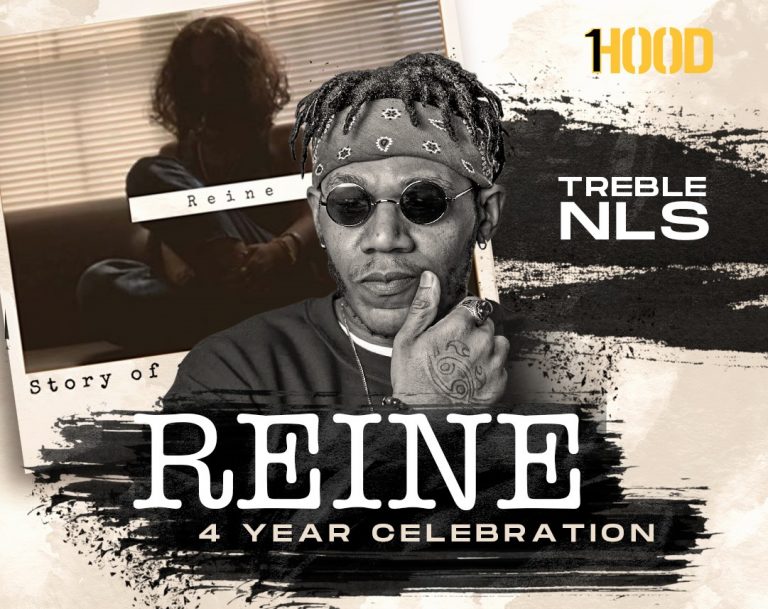 Reine: Story of An American Reject

Shyheim Banks, professionally known as Treble NLS, discovered the power and impact of music at a young age. After falling in love with poetry and rap as a young boy, by middle school, he was writing a copious amount, honing his craft as a poet and lyricist. By the time he reached high school, he became a member of the Krunk Movement. Through Krunk, Shyheim’s music was a way to inspire and reach others, which led to his evolution into an Artivist – someone who seamlessly combines the worlds of art and activism. As the head teaching artist at 1Hood Media, Shyheim imparts his wisdom in the areas of acting, audio engineering, emceeing, producing, and songwriting. He is able to not only continue to grow in his craft but also bring relatability and wisdom to those he encounters. He shares his love of storytelling musically through performances and poetry. In 2021, Shyheim received recognition from the Mid-Atlantic Regional Emmy® Awards in the ARTS/ENTERTAINMENT-NEWS (SINGLE STORY) category. The winning entry, entitled “Don’t Clip Our Tails,’ A Pittsburgh Poet’s Reflection on Racial Justice,” was a collaborative effort with Ryan Loew, a Videographer/Editor at Public Source. Having found his life’s work, Shyheim relishes guiding others toward their power through artful expression. He intends to continue to lead them to their “Why” and to help them process what is happening along their journey.

Fast forward to today’s epic celebration of “Reine: Story of An American Reject,” a project written and co-produced by Treble NLS. He chronicles a time in his life when he experienced rejection from a romantic interest. It’s a therapeutic album made to connect people more with the emotional process of coping with rejection.

The free event will feature a live album performance, food by Caribbean Vybez, and an art installment from the featured artist, Pure Novakane. Performances include Treble NLS, NLS Ron, Zende, Rozy, and Saïd. Listen to the album here for a chance to win free REJECT merch.

Register for the free event here.