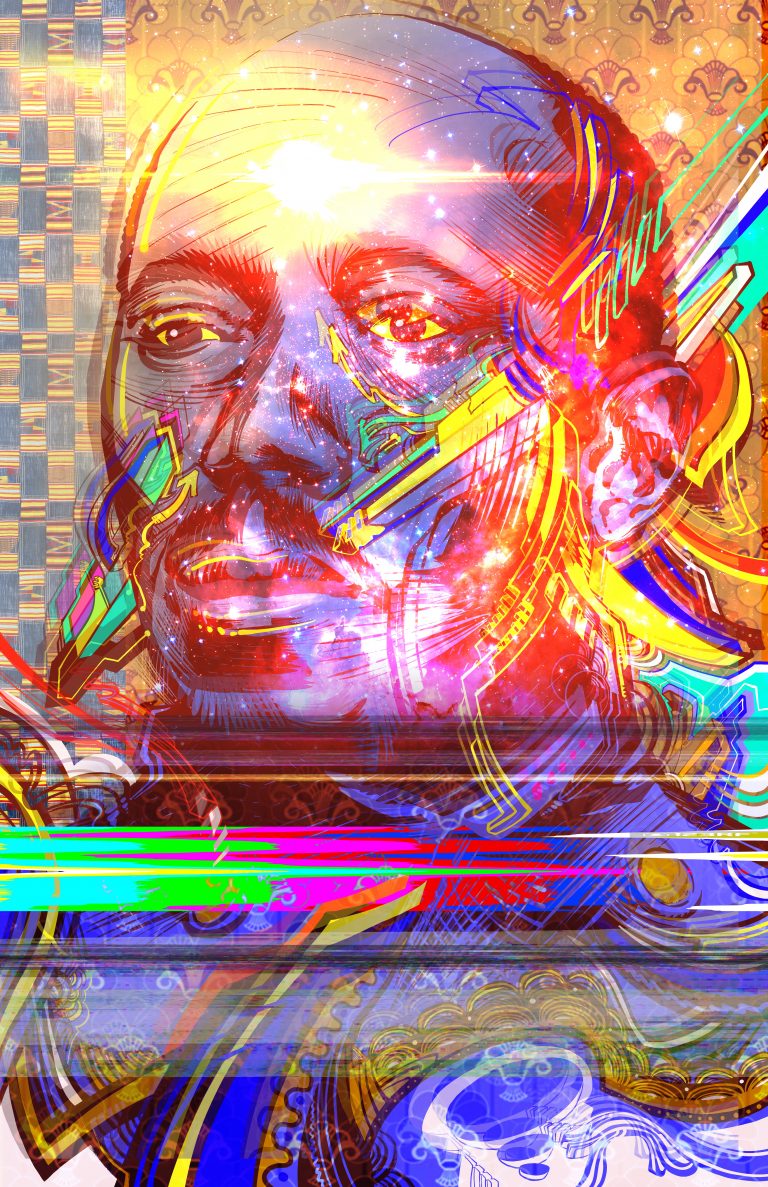 MARTIN R. DELANY AND THE COLORED PEOPLE OF COLOR

As today’s cultural critics clash over the term “people of color,” the Pittsburgh Abolitionist’s nearly 200-year-old ruminations may not solve the contemporary debate—but it’s a great place to start.

In late July 1831, just a few weeks before the Nat Turner insurrection, Martin Robison Delany began the 150-plus mile journey from Chambersburg to Pittsburgh, Pennsylvania. Delany’s journey through the Alleghenies seems improbable today. No one would walk 160 miles in the 21st century. But in the 19th century, in the midst of an unstable slavocracy in the South and the unforgiving systemic racism of the North, Delany, born a free-Black, was determined to make his way to Pittsburgh – by any means necessary.

Delany believed that the Steel City would provide him with opportunities to advance himself through economics and education. He was right. Although Pittsburgh’s African American population was a very small percentage of the city’s less than 15,000 residents in 1831, it was led by a cadre of powerful Black interventionists, including John C. Peck, John B. Vashon and Lewis Woodson.

Delany would begin to engage Woodson and Vashon at the Bethel African American Methodist Episcopal Church where they founded the African Education Society. Though this wouldn’t be the only Black empowerment organization that Delany formed or founded in Pittsburgh, it was a powerful indicator of his politics and his undying commitment to elevating African Americans as citizens in a brutally racist nation.

According to the constitution of the African Education Society, “. . . the intellectual capacity of the black man is equal to that of the white, and . . . he is equally susceptible of improvement.” These words were revolutionary in the 1830s, even in the “liberal” northern states of America.

Delany’s mission was to elevate Black and Indigenous people across the Americas. His vision was broad and inclusive, but it was centered on the experiences of Black people in America. For Delany, the plight of Black folks in the United States and their triumphant elevation beyond the squalor of slavery could become a beacon for liberation around the globe.

Much of his thinking about this began to take shape during his early adulthood in Pittsburgh between 1831 and 1850. During this time he also launched his weekly newspaper, The Mystery. A state historical marker at 5 PPG Place indicates the site where his shop stood at 3rd Avenue near Market Street.

The jury may still be out on Delany’s internal divide. His most well known work, The Condition, Elevation, Emigration, and Destiny of the Colored People of the United States, published in 1852, reflects some of the tensions in Delany’s mind. He makes some cogent arguments for emigration, but he also continues to press the United States on its constitutional hypocrisy.

“The United States, untrue to her trust and unfaithful to her professed principles of republican equality, has also pursued a policy of political degradation to a large portion of her native-born countrymen and that class is the Colored People,” he writes in the opening of the second chapter, “Comparative Condition of the Colored People of the United States.”

Delany’s strategic use of the term “Colored People” is both anachronistic and relevant to terms of self-identification in the 21st Century. To be clear, when Delany deploys this term, he means Black people (of color). In general, across his written work and The Condition . . . Delany is largely concerned with the plight of Black people and Indians/Indigenous Americans whenever and wherever he is writing about the United States of America.

Now nearly 200 years later, in the 21st century, the terms (and their attendant acronyms) People of Color (POC) and Black, Indigenous and People of Color (BIPOC) have all come under fire from pundits and cultural critics who argue that these terms somehow dilute the political potential of the critical project aimed at highlighting and eliminating anti-Black racism in America. In a humorous op-ed for GQ, Pittsburgh native and author Damon Young describes a panel presentation experience in his hometown where he comes to realize why “The Phrase People of Color Needs to Die.”

This is precisely where Delany’s work and his deployment of Colored People is instructive for where we are now in the struggles over appropriate terms for self-identification. In short, Delany would likely agree with Young and other Black writers who argue that POC and BIPOC have always already been emptied of the meaning crucial to the fight against anti-Black racism in America. Delany writes a lot about “proscription” in The Condition . . . “ the idea that US anti-Black policies imposed powerful restrictions on human/civil rights.”

Delany believes that the white rationale for this proscription is rooted in the phenotypic characteristics of colored people and American Indians. “The policy of all those who proscribe any people, induces them to select as the objects of proscription, those who differed as much as possible . . . from themselves.”

Our color, the complexion of our skin, the texture of our hair and other physiological characteristics were, according to Delany, the basic predicate for the slavocracy and anti-Black racism in America. In this sense, he is exposing the ideology of American racism and reminding us of its basic parochial nature. Delany argued that the discourse on the natural inferiority of Black folks was absurd. Racism was just easier to do if the target/object of institutional hate was easily identifiable to a nation of white supremacist perpetrators.

We don’t use the phrase “colored people” anymore; and if someone refers to a Black person as colored in the 21st century, it may be grounds for redress beyond the limits of discourse. We also cannot equate the phrase “colored people” with “people of color.” They are phrases contained by chronology. Terms for self-identification emerge and decline.  Delany’s contribution to this discourse remains relatively unknown, but indispensable nonetheless.

His rationale for aggregating people of color was to hold forth on the simple-mindedness of American racism, but even in that aggregation, he centered Black folks because he knew then that the pathways to liberation were being built by those whose experience in overcoming American slavery was establishing a global template for freedom struggle that would continue for many years to come.

Editorial Note: “Glitching the white supremacy system, freedom fighters like Martin Delany must be considered among the first pillars of Afrofuturism—a multimedia art form that works to theorize Black futures. Now, more than ever, our pathway to freedom must be intangible. Delany, here, represents a multimedia glitch, present and immortal, with his mind ever shining to illuminate our endless possibilities for freedom and liberation.” —Stacey Robinson, illustrator, graphic designer, and Assistant Professor of Graphic Design at the University of Illinois Urbana-Champaign