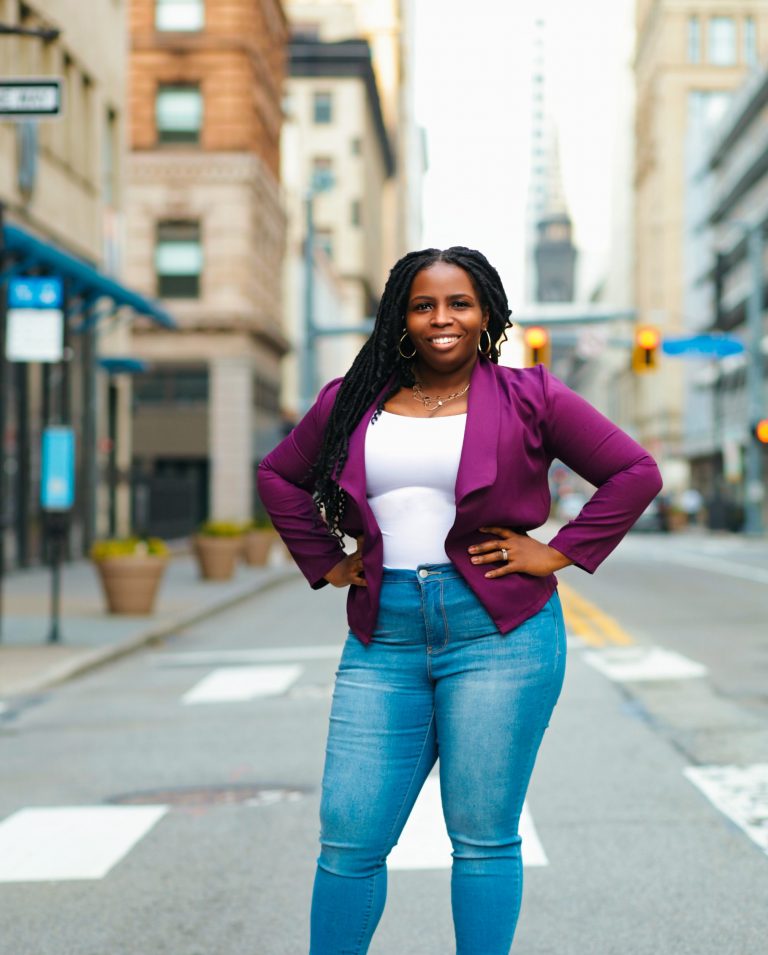 FIGHTING FOR OUR GIRLS

How Ashley Moorefield provides a safe space for young women in Pittsburgh threatened by homelessness.

The National Foster Youth Initiative estimates that one in four young adults who’ve aged out of foster care will be homeless after they come of age. The abruptness of the transition, lack of their own money, and the absence of support create the perfect storm where youth are robbed of stable housing.

In fact, homelessness was so prevalent in the mentorship program she ran in 2007 that Ashley Moorefield, a Pittsburgh native, decided she needed to find a way to fill in the gaps.

“I was very shocked to find out that there were actually teenagers who were isolated from different social services because, [for] most of the housing programs, you either had to be sent there by a judge or through some sort of court system,” Moorefield recalled. She says teenagers had to be either “fleeing domestic violence” or in need of mental health support.

Now up and running for five years, Serenity Living Transitional Home provides a safe space for young women between the ages of 18 and 23. Typically, residents have aged out of the foster care system or are struggling with homelessness.

The transitional home currently offers life skills classes, money management courses, and the opportunity to take driving lessons. To ensure each person gets the most out of the program in the up to two years they participate, Serenity Living starts with an assessment to gauge what residents need most.

“It is not a cookie-cutter program,” Moorefield, CEO and founder, explains. “We focus on the needs of the individual and then our program is built around that.”

Moorefield has wanted to work with young people since she was a teen herself. Over the years, she’s volunteered, co-founded the aforementioned Taking Youth Higher mentorship program with her husband, and even become a social worker. She recalls having benefited from mentorship herself while participating in a YMCA program during her adolescence. The formative experiences made her passionate about paying forward the kindness and guidance she had received.

“As a teenager, I noticed a lot of youth that felt unheard,” Moorefield says. “Sometimes including myself. I wanted to create spaces where youth could talk and work through our issues amongst each other so that we could properly advocate to the adults [about] what we needed. I really wanted … us to figure out our voice together.”

When Moorefield researched how common it was for former foster kids to struggle to find housing, she was saddened to learn that there was a vacuum in transitional housing programs that were available to former foster kids. Despite Moorefield’s certainty about the need for such a program, Serenity Living Transitional Home wasn’t an easy sell. Moorefield valiantly pitched it, only to turn up with no funding. So with her husband’s help, she took an unconventional approach to getting the program started: using her own home to house the program’s first participants.

“[Shawn] supported my vision. And we ended up moving in (me, my husband, and our two children) with a friend,” Moorefield said. “We immediately started renovating and moved four young ladies into the program. At that point, I was able to go back to funders and say, you know, this is a real need.”

However, money was scarce in the beginning. In the first two years of the program, Moorefield continued working at her social services job to help fund Serenity Living. Fortunately, the organization was able to get some assistance with the renovations through a collaboration with Habitat for Humanity.

Since opening in 2017, Serenity Living has served 60 young women. Still, although the home has gained sponsors from the likes of The Pittsburgh Foundation, The Rock Family Foundation and the Poise Foundation, at present, they can still only house four young people at a time. The waitlist, which can sometimes reach up to 40 people, is one of Moorefield’s least favorite parts of the job. But Moorefield looks forward to being able to expand the organization. Currently Serenity Living is seeking to raise $25,000 to renovate a second site, a building in Wilkinsburg. Once the new location opens, it will be able to house between 8-12 young women at a time.

In the beginning, Moorefield wanted to create a safe place where a young person down on their luck could have the chance to reach their full potential. Now when young people leave Serenity Living, it’s like witnessing the birth of a new person, says Moorefield.

“It’s the reward of watching the process and going through from start to finish with the people in the program,” Moorefield explains. “Everything from going out and looking at apartments to applying for apartments to driving the U-haul when they are moving into their home.”

Atiya Irvin-Mitchell is a Pittsburgh-based freelance writer. She can be reached at [email protected] and you can follow her on Twitter @AtiyaWrites.