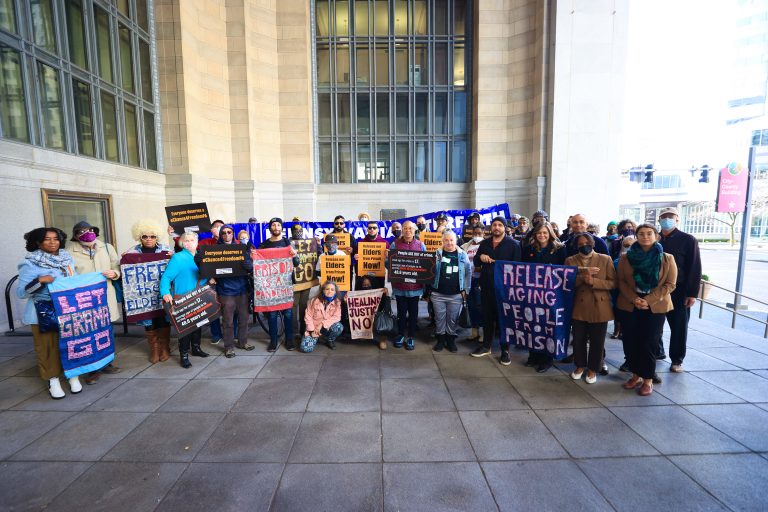 “LISTEN TO VOTERS, GET MORE COURAGEOUS”

By Terrance Dean and BlackPittsburgh.com Staff

With the 2022 midterm elections upon us, the watchwords among Democratic Party establishment leaders already are echoing 2021. Expressions like “lag among communities of color,” “unmotivated Black voters” and “lack of enthusiasm among the base” remain euphemisms for blaming defeats in key elections on Black and progressive voters. Allegheny County’s recent outcomes, however, point to a different conclusion: Black and progressive voters respond when candidates center their political priorities. It’s a message that grassroots Pittsburgh activists believe should be the blueprint rather than business as usual.

The new and younger Democratic voter “wants something different from the moderate system of things,” Robert Saleem Holbrook, Executive Director of Straight Ahead, the lobbying wing of the Abolitionist Law Center, told BlackPittsburgh.com. “It makes those who have been in power for 20, 30 and 40 years nervous because the younger voters are more progressive and aggressive, and they are easily turned off—they will not come out for the election because [traditional Democratic politicians] do not appeal to their ideals and needs.”

“We highlight the interconnectedness of the issues that we face,” says Fisher. “It’s not just talking about civil rights, but human rights. That’s the message we put forth. The Democratic Party is seeing a new day and a new generation of ideas—socialist ideas—and they can’t be swept away.”

Traditionally, the Democratic Party relies on the concerns of older voters, and those who are more moderate and liberal in their voting practices to set the tone for the issues they prioritize. But as the baby boomers are aging out, millennials represent an increasing share of the electorate. Activists believe that younger voters lean into progressive issues such as environmental, economic, and racial justice, women’s rights, and equity in the judicial system—all positions establishment Democrats tend to view as leaning too far left of center.

These are also issues Black activists have historically named as crucial to a Black political agenda, issues echoed by Black voters who often complain their agenda isn’t prioritized—even though they remain a critical swing vote that the Democratic Party can’t win national elections without.

Nationally, Blacks vote at higher rates than any other racial group, are a crucial part of the Democratic Party coalition, and increasingly have been acknowledged as the backbone of the Democratic electorate. In Pittsburgh, a group of local and influential activists recently teamed up to advance new strategies for mobilizing new and younger voters where they are.

“I think the Democratic Party has grossly mischaracterized what is progressive. Voters want a more reflective democracy, people who have the lived experiences of those who look like them,” says State Representative Summer Lee who founded UNITE PAC in 2019, shortly after getting elected to represent the 34th District. Her district is 70 percent white and she is the first Black woman from Southwestern Pennsylvania elected to the state legislature.

Representative Lee, who won the Democratic Primary last May for the fiercely contested 12th Congressional District for US Congress, is part of a recent historic momentum of elected officials in Allegheny County that is recognizing this new voter demand. If she wins in November, she will be the first Black woman elected to US Congress from Pennsylvania, adding to a series of Black firsts for Western PA: the election of Pittsburgh Mayor Ed Gainey last November as well as the election of three Black women judges to the Court of Common Pleas /Appeals (Nicola Henry-Taylor, Tiffany Sizemore, and Wrena Watson), the most ever in one race. One returning judge, Elliot Howsie, a black male who was nominated to the bench by Governor Tom Wolf and confirmed by the state Senate in 2019, was also elected to serve a full term.

Notably, all of these women ran on a progressive criminal justice platform. And even though neither Nicola Henry-Taylor nor Tiffany Sizemore ran for office before, they received the highest number of votes in the general election, finishing number one and number two countywide.

The three women were part of a collective known as the Slate of Eight, a moniker that evolved after several grassroots racial justice organizations teamed up to endorse candidates who shared a commitment to progressive criminal justice reform.

Out of over 30 candidates who ran for judicial seats in Allegheny last year, the Slate of Eight coalition identified eight. Five of the candidates they endorsed won, including the three black women and two white women, Lisa Middleman and Chelsea Wagner.

Candidates spoke to the core criminal justice reform issues that grassroots activists have been advancing for years: the importance of scaling back the reach of the criminal legal system, promoting alternatives to incarceration, reducing cash bail, curtailing long sentences, rehabilitation for drug abuse rather than incarceration and limiting the involvement of minors with the criminal justice system.

Unwilling to openly support policies like these despite wide support among the base for such reforms, establishment Democrats have increasingly received backlash from a growing constituency in the aftermath of Black Lives Matter and George Floyd protests.

In the Alliance of Police Accountability PAC, Straight Ahead, UNITE PAC, and 1Hood Power, community members saw organizers and leaders who looked like them. But, more importantly, these organizations helped to educate voters on policy, voting rights, judicial justice, police policy, and the ways all of these things directly affect their families.

The population of Allegheny County is roughly 1.22 million. Over 950,000 residents are white. By contrast, there are approximately 156,000 black residents. How much did race, and gender fare in their decision-making process in 2021?

“I think it’s gender and race and a little bit of neither,” said State Representative Lee. “For the longest time Allegheny had no choice in voting for Black women, so, this is the first time we are seeing Black people getting here.”

The turnout of voters for Judge Nicola Henry-Taylor, Judge Tiffany Sizemore, and Judge Wrenna Watson were unprecedented in Allegheny County. The landscape of the county is primarily white residents, and many of the judges and other state officials are not reflective of its minority and marginalized residents, which have a higher rate of interaction with the criminal justice system.

The historic turn of events with the election in 2021 highlighted a major shift. Justice Henry-Taylor received 153,174 votes. Justice Sizemore received 151,134 votes. And, Justice Watson received 149,859 votes. The numbers signal the appeal of the candidates to voters, and, equally important, that the standard polarized Beltway political discourse does not necessarily prevail across the board at the local level.

According to voting results, more than 32 percent of voters casted ballots in November 2021. Compared to 2017, when turnout was 23.6 percent, or 20.6 percent in 2013, that leap can be attributed to Pennsylvania’s 2019 election law, which expanded voting access and allowed any registered voters to vote by mail. It was passed with broad support from Republicans in Harrisburg, but data shows that Democrats are far more likely to vote by mail. And, this is one of the many tactics that activists relied on when encouraging voters to participate in the 2021 election.

“The Pittsburgh judicial race presented voters with attractive candidates rather than safe picks by establishment Democratic Party standards,” said Holbrook. “The outcome flies in the face of what has become the mainstream Democratic Party’s conventional wisdom. In this case, rather than asking voters to vote for the lesser of two evils, will voters turn out if they have more inspirational candidates?”

Notably, out of the Slate of Eight candidates, two white women were elected as well. Chelsea Wagner, whose family name has prevailed for years in Allegheny County politics, had been county controller for a decade. Previously, she was a state representative for three years. Lisa Middleman has spent over 30 years as an Allegheny County public defender and believes that our approach to crime and punishment has failed.

During the campaign, both women spoke about the ways racial injustice had impaired local communities. Speaking candidly about the racism inherent in the criminal justice system and the need for racial justice positioned them as worthy candidates in their judicial races.

“Our platforms should speak to and for the most marginalized and vulnerable in our communities,” says State Representative Lee, who believes more of this is needed throughout the national culture. “It should reflect the urgency of that lived experience, and in turn, we have to invest in it and in them. Despite the Democratic Party’s inclination to uphold the status quo, it would serve them to listen to its voters and get more courageous.”

Organizing for 2022 and Beyond

In addition to reimagining the landscape of candidates (including interviewing, researching and screening to understand their background in depth), the coalition of activists organized an array of actions and on-the-ground strategies designed to educate the community, including knocking on doors all over the county, convening strategy sessions, town halls, party pop-ups and other events where voters could meet candidates and organizers in person—in addition to fundraising.

“It was important to us that people understood this was something we were doing not just for this election, but to build relationships with the community,” says Miracle Jones, Director of Legislative Affairs at 1Hood Power.

Jones says one important takeaway was that they were right to do deep background checks of the folks they endorsed in 2021. It turned out that some of the people the coalition chose not to work with “are putting out harsh sentences and aren’t really there for the community,” while those who were part of the slate “haven’t waivered because they had a background in doing the work and understood the issues.” The result, she says, was a win for the community.

Although the coalition members did not similarly prioritize endorsing candidates this year, they expect to do so in 2023, as well as expand the coalition. For the 2022 midterm elections they leaned harder into issues such as criminal justice, racial equity and investment, affordable housing, the economy, and environmental justice. Likewise, they maintained their commitment to centering those most impacted by injustice, and put the issues that matter to these communities in front of the candidates.

Their ongoing goal is to outwork the professional class of political organizations who only take an intermittent interest in Black and brown communities during election years.

“We don’t door knock just for an election cycle. We door knock to understand the issues the community is facing,” says Holbrook. “You have to be there for the entire cycle of trauma that our people are experiencing in Pittsburgh, Philadelphia and other urban areas all across the state.”

Jones agrees. “People trust us because we have built up these community partnerships and the people know we took what was important to them and made that a central focus of our work. We started out hoping to educate voters and make a difference, but to have a community of folks reach out to us and ask us to come to their neighborhoods to expand, do more work and partner with them in 2022, that has been the greatest indicator of success.”

Terrance Dean was an Assistant Professor of Black Studies at Denison University. The author of five other books, his writings have appeared in Vibe, Essence, Newsweek and Time magazine. This piece has been published in memoriam.